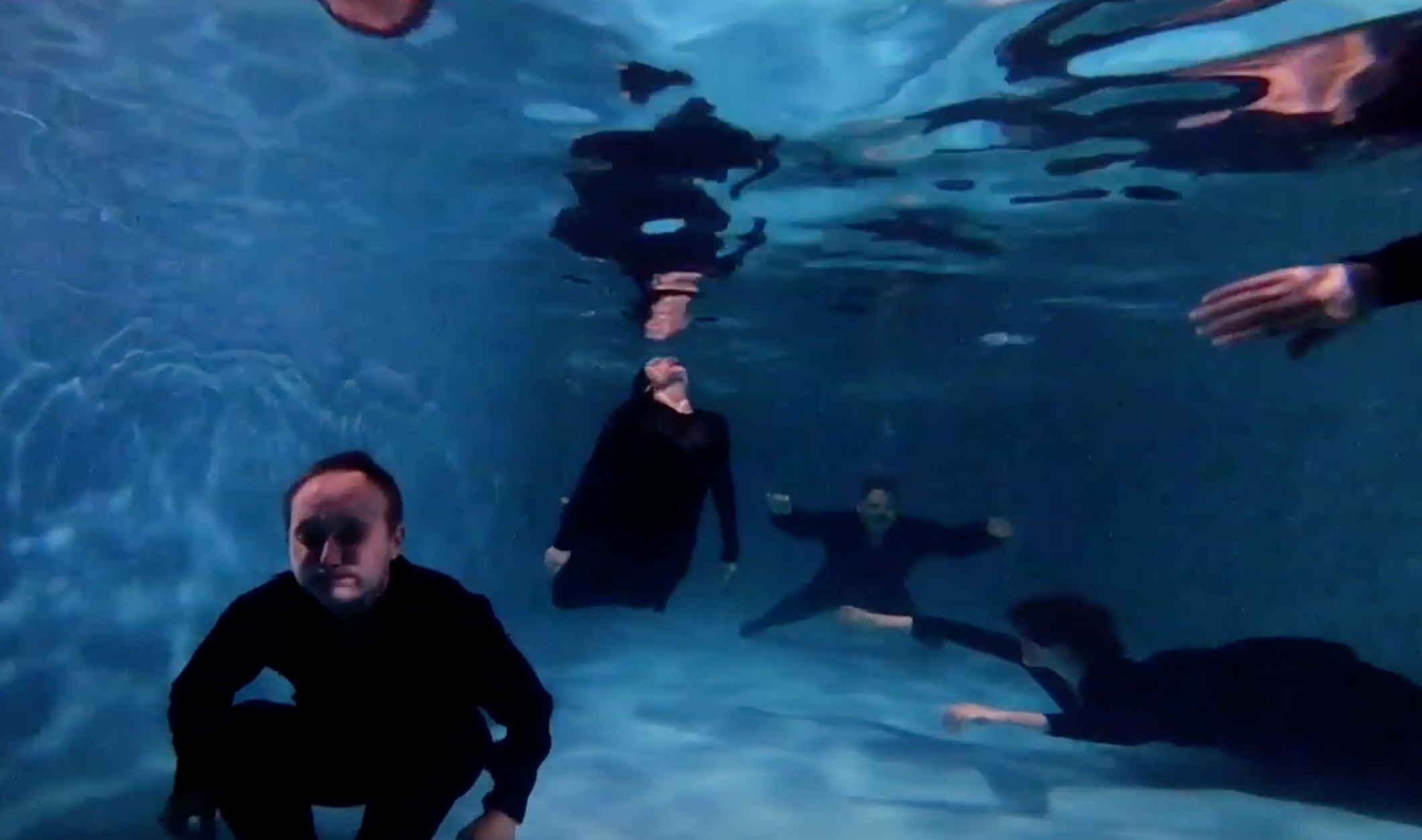 The musicians enter the stage as they are used to doing at concerts. But since this does not meet the expectations of a musical theater, the composer calls in from offstage. He demands a different performance, “a bit spooky” with shadowy figures, gloomy lighting, fog lights and eerie sounds. But even this variant does not find favor. The play has to start a third time, now as a flashy showcase with groovy disco effects and airs and graces. Piece and performance are thus marked from the outset as fields of possibility in which composer and performer move at will, without having to decide on a particular solution or style. The postmodern availability of materials, techniques, and genres has multiplied in the digital age: Everything is possible, nothing is necessary. Malte Giesen’s “Frame” gets to the heart of the dilemma of anything goes. The premiere of this music theater work proved to be one of the most remarkable productions at Eclat, not because it was particularly successful, but because it paradigmatically addresses the framework conditions and problems of the generation of digital natives.

The composer, who was born in Tübingen in 1988 and trained in Stuttgart and Berlin, prefaced the whole thing with the prologue of an actor who, in the role of the composer, ruminates on the fact that music theater always reflects on itself and is therefore self-reflective, which is why the piece should begin with the sonorous voice of an actor who “like God” pretends to be the composer. Announcement and performance of the spoken text thus coincided in real time. Self-referential is also the option to arrange the piece as an operetta, with the Neue Vocalsolisten in distributed roles as composer Malte Giesen, as director Thomas Fiedler and under wig as festival director Christine Fischer with red flowing Intendantinnenschal. The libretto consists of real emails exchanged by the actors, who discuss the concept of the piece and funding applications, and whose difficult scheduling gets lost in the confusion of a lively tercet. “Frame” belongs to the genre of self-moderating plays already known from Johannes Kreidler, Trond Reinholdtsen, Simon Steen-Andersen and Alexander Schubert, or even further back from the absurdist theater, Max Frisch’s “Biography: A Game” (1967), Dieter Schnebel’s “Glossolalie 1961” or Ludwig Tieck’s early romantic comedy “Puss in Boots” (1797).