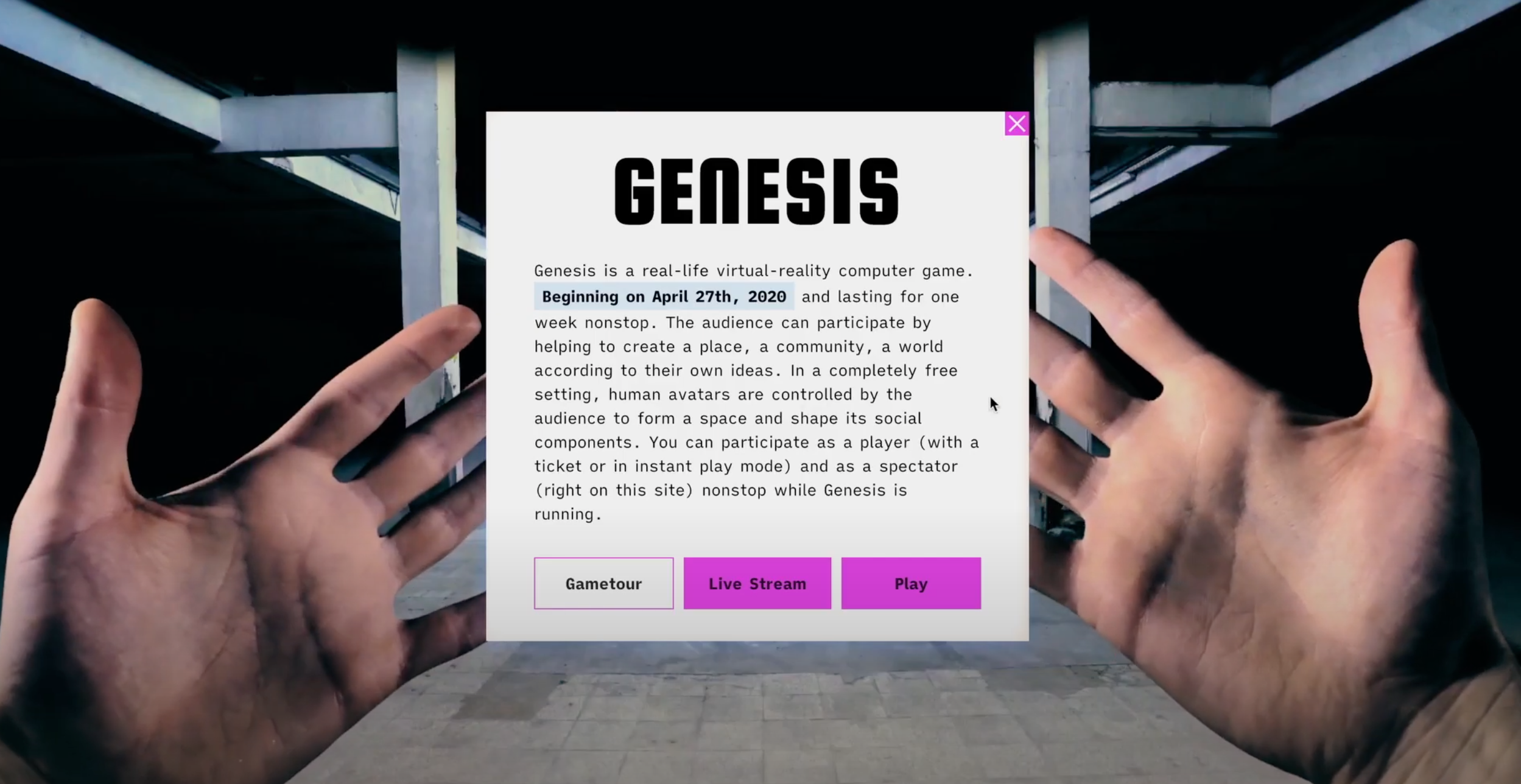 In the beginning, the room was desolate and empty. But then “avatars” scurried around, provided light, dragged objects in, started up instruments, machines, record players and televisions. Something began to glow, to sound, to move. Like the Old Testament creation story, Hamburg composer Alexander Schubert’s “Genesis” project lasted a full seven days of creation, from Monday to Sunday, twenty-four hours each non-stop. It was the only event of the fifth International Music Festival Hamburg that was able to go on stage unscathed at the end of April despite Corona, while all concerts in the Elbphilharmonie, as elsewhere, had to be cancelled due to contact restrictions and assembly bans.

Via the Internet, up to four players were able to join in this “real life computer game” simultaneously. Through the virtual reality glasses of a member of the Hamburg ensemble Decoder, each player then saw the hands of his “game character” and the room behind it in the disused Bille power plant in Hamburg’s east for an hour at a time he had booked in advance on his home monitor, similar to the popular computer game “Minecraft”. The game character’s microphone and VR goggles conveyed what the other person saw and heard there, while the user sat comfortably at home. You could actively “control” your alter ego via your own computer microphone by means of verbal instructions as to where he should move, where he should look, what he should do. The first exploratory tour first led past plastic foils, touched spotlights and finally landed at a setting with electric guitar, keyboard and drums. Now it was time to “play a song on the guitar, pick a C major chord, hit the snare!” Said, done, seen, heard. Each command changed the scene and sound situation a bit. So did the “avatars” of the other players who joined in the action from wherever.