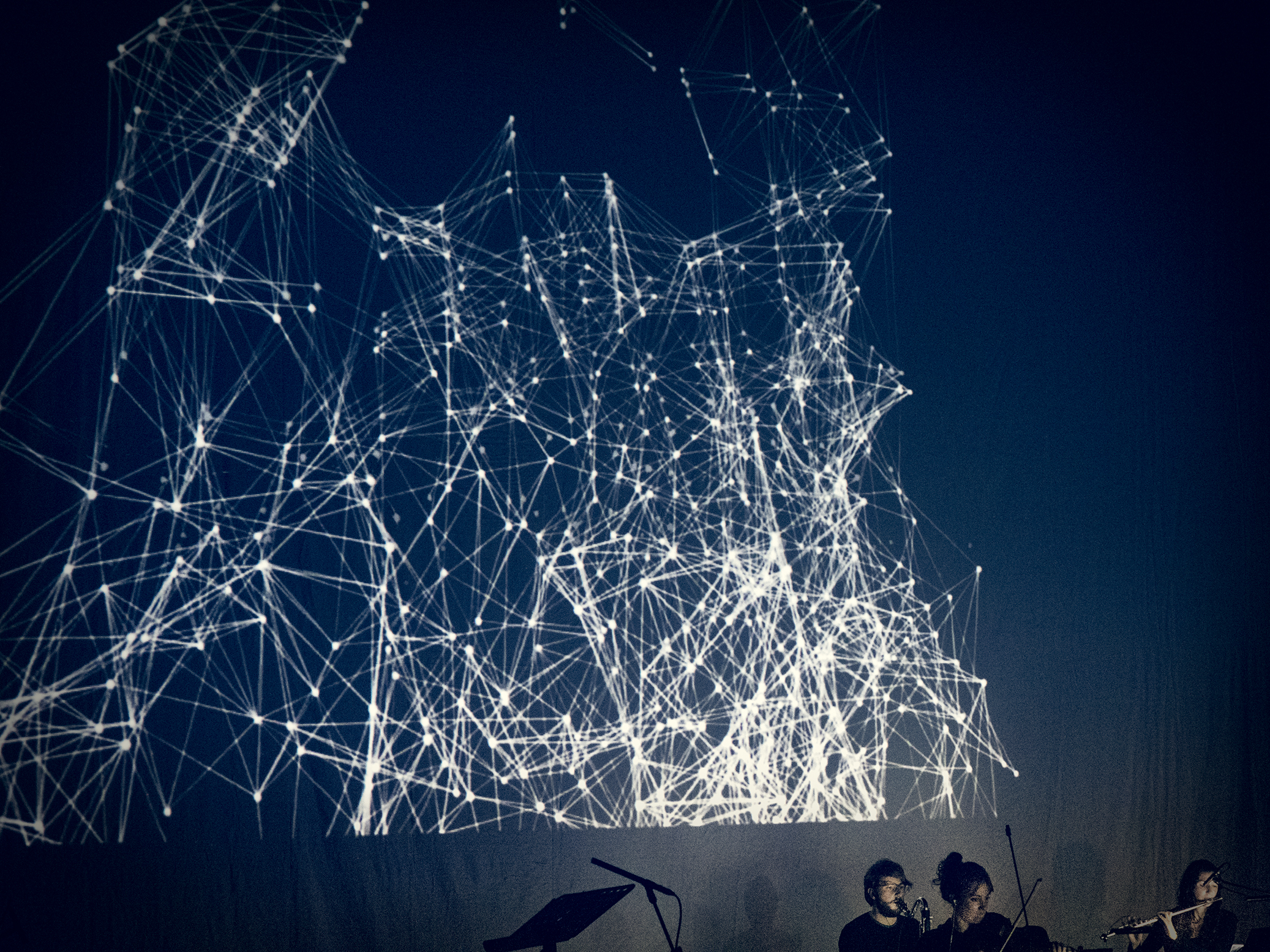 About perception and consciousness in the context of TRANSFLEISCH

According to Thomas Metzinger, we cannot experience consciousness as such. At most, we can perceive the context of what we call consciousness: the color of something, sounds, smells or feelings. Our consciousness remains transparent.

A conscious model of the world active in the brain is transparent precisely when the system has no way of knowing that it is a model – as total persons, we look at the world directly through it, so to speak.

Metzinger, in: The Ego Tunnel

In general, we as humans perceive only a fraction of reality at all. From the possible frequency spectrum of sounds, we only hear the small section between about 16 – 20,000 Hz. Dogs hear twice, mice even up to five times higher frequencies than the human ear. For humans, this means that any sound above 20 kHz does not exist in their world. The same is true for seeing colors.

I find the following question interesting: why is it necessary for humans to have a sensory perception that translates raw data from the environment? Why can’t we process color information directly, for example, but must first translate it into, say, “red” and then from there into “potential danger”? What is the intermediate step for and why has this supposed slowing down survived evolution?

It goes even further: are interpersonal relationships and love merely a biological mechanism that arises only in the brain? Are feelings like love an evolutionary safety mechanism that ensures compatible genes meet? In that case, our mind or consciousness would be nothing more than the marketing department of the brain that gives meaning to instinctive decisions after the fact – or talks us into it.

Our brain is a reality and sense generator, which rattles incessantly and finds sense where there is none. We talk ourselves into causalities where there are none, only because our brain believes to have discovered a certain logic in things. Coincidence becomes synonymous with being at the mercy of others – and we cannot cope with that (but why actually?).

A thought experiment: The computing power of computers is already incredibly high and it will be much higher in the near future. Now program a computer game with different characters, which all follow their own logic – have their own will (or at least their own perception of a will). This world follows a physical and biological logic. In this world, a character now invents a computer and thinks that it would be nice to create a game whose characters have a supposed free will – and so on. At what point or level is our reality? How do we prove otherwise?

So if our entire existence is nothing more than a chemical reaction in the brain, how can we be sure that our brain is not also part of such a simulation? How do we know that the brain is not simulated by something else? The protagonist in TRANSFLEISCH has found an answer.

More about the project