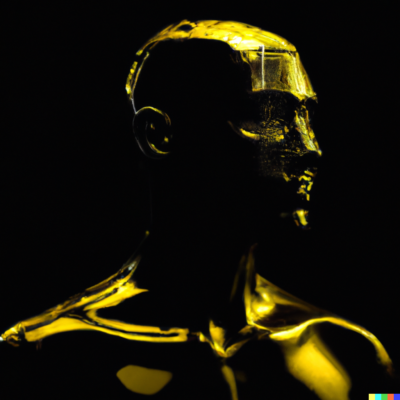 In the Middle Ages, anyone who wrote with their left hand was suspected of being a witch or a sorcerer. Crossing oneself with the left hand was considered unchristian and was sometimes punished by death. Until the 1970s, left-handed people were retrained and an above-average talent of the left hand was dismissed as a flaw. And even though today many devices are still designed for right-hand operation only, left-handedness is no longer considered a disadvantage.

How an ability or talent is socially evaluated changes and depends, among other things, on what is understood by intelligence at the time. How intelligence is constituted depends on the methods and skills that are combined to respond to a problem and can be measured by how quickly the problem is solved by it. Crucially, however, intelligence is always dependent on a number of factors and the context in which it is to find its application.

From here one can say that every form of human intelligence is artificial, because it always reacts to a non-human environment and thus can never reach a naturalness in its actions. A natural intelligence would be a non-human one. To solve the problem, the separation of nature and man must be considered. The definition of the environment happens through the inner world of man and is thereby a part of his self-understanding. Inner world and environment are mutually dependent. Through the existence of a human inner life, our awareness of a natural environment is created and we become related to that environment. If all human activity is artificial – in distinction to a non-human naturalness – and an intelligence modeled on the human one is called artificial, then perhaps what we call artificial intelligence should be called something else. In my opinion, the dividing line does not run along the question of artificiality or naturalness. Rather, physicality is crucial. Human thinking does not only take place in a neuronal network, which is kept in operation by a body machine, rather the body is a coherent organism, which is controlled by reflexes and needs. According to these dispositions, how can a virtual intelligence participate in future societies?

All blog posts
Manage Cookie Consent
To provide the best experiences, we use technologies like cookies to store and/or access device information. Consenting to these technologies will allow us to process data such as browsing behavior or unique IDs on this site. Not consenting or withdrawing consent, may adversely affect certain features and functions.
Manage options Manage services Manage vendors Read more about these purposes
View preferences
{title} {title} {title}